It's my birthday this Saturday and I'll be thirty-mumblemumblemumble years old and there have been a lot of changes in my life in the past few months so I thought this next blog post would fun and totally frivolous.  No real serious ideas or opinions (well I guess most of it is my opinion).  The idea for this blog came from the continued need for Hollywood to take really great reads and for the most part rip them to shreds.  There have only be a handful of books that I have seen successfully turned into movies or television and even then something happens along the way (especially in television) that ruins the story line.

But I digress, this was supposed to be a fun blog.  Well rumors are flying about the highly anticipated...I say sarcastically... movie deal for the 50 Shades of Grey movie.  Mainly "who will play Christian Grey?"  It seems that everyone and their brother is all "I'd play 50 Shades if asked"... Really, guys, really?  Have you read the books?  If they do make a movie I NEED the guy to have read the books, like the books, and truly identify with Christian.  I love this character, I don't want to see it destroyed or changed to fit a preconceived mold.  Of course that is how I feel about all the characters in my favorite books which is why I'm never really all that excited when I hear they're making a movie.  But what if they did make movies out of my favorite characters?  Who would I want to play these covetous roles?  And thus the LIST!  It was tough work searching through all of the sexy, steamy pictures of the actors I've chosen, but hey it's my birthday... I can oogle if I want to.

Vishous Son of the Bloodletter - Jonathan Rhys Meyers (although he'd have to bulk up a bit he has V's eyes so he wins!)


Haven't come across anyone who fits best for Phury, Manny, Tohrment, Rehvenge, John Matthew, Qhuinn or Blay but maybe that'll be another post.

Vane Kattalakis - Joe Manganiello (sorry Joe I know it's another werewolf but you play them so well!)

Some of my other favorite books...

Widow Woman by Patricia McLinn: Nick Dusaq -Joe Manganiello (yes I know I've used him before but I'm biased and it is my birthday and I really wanted to give him a role that wasn't a werewolf or a stripper)


Finally I will weigh in with everyone else on who I feel would look the most like Christian Grey and who I also think would be able to actually do him justice.  Some may not agree but again, it's my birthday not theirs.  And the coveted title of  dom Christian Grey goes to... *drum roll*

HENRY CAVILL!!! Yes superman would be perfect.  He's just the right age has all the right coloring from his eyes to his hair and he has this way of looking wicked and wounded but sexy and dominating at the same time.  Here are just some highlights of his attributes.  You be the judge if he fits the mold for Fifty Shades... 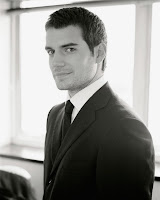 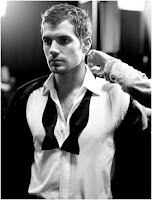 So these are some of the few actors I actually picture when I'm reading.  I've recently started Game of Thrones but I've already watched the television series so naturally the characters look like the actors in the show but honestly the books are so good I'd have to agree with those they cast.  So here's some nice eye candy for those of you who might like to have a visual of the characters you've read about.  From one addict to another... happy reading!
Posted by LRArconati at 1:30 AM